It's structure is very simple, and the method of use is also very simple. Let's learn how to use the breathing training device together.

The breathing training device is generally composed of a hose and an instrument shell. The hose can be installed at any time when it is used. In preparation for training, take up the hose and connect it to the connector on the outside of the instrument, then connect the other end of the hose to the mouthpiece.

After connection, we will see that there is arrow indication on the device shell, and the device can be placed vertically and stably, which can be placed on the table or held by hand, and the bite at the other end of the pipe can be held with the mouth.

When breathing normally, through the deep expiration of the bite, we will see that the float on the instrument slowly rises, and relies on the exhaled gas as far as possible to keep the float rising. 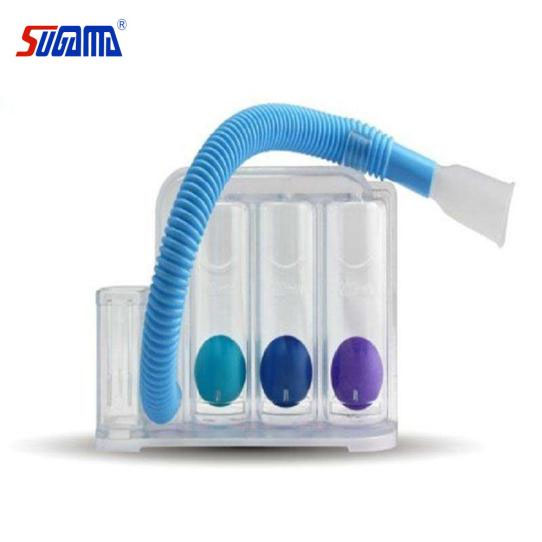 After exhaling, let go of biting mouth, and then start to inhale. After keeping the balance of breathing, start again according to the steps in the third part, and repeat the training continuously. The training time can be gradually increased from short to long.

In practice, we should pay attention to step by step and carry out gradually according to our own ability. Before we use it, we should follow the instructions of experts.

Only long time exercises can we see the effect. By practicing regularly, we can enhance lung function and strengthen the function of respiratory muscles.